Home/Podcasts/Episode 5 “That Happened”
Previous Next 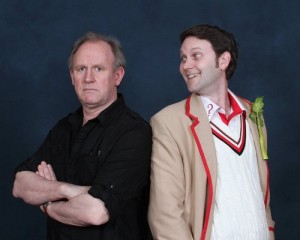 Kevin meets Peter Davison Who is Not Amused

Kevin Kittridge and I discuss dressing as the 5th Doctor, The Macho Man Savage, Convention stories, our early days of fandom and meeting Matt Smith!  Check out more about kevin at: http://kittridge.wordpress.com/ or https://twitter.com/KevinKittridge. His Improv Comedy Troupe can be found here: http://www.inrareformcomedy.com/

For more on the 5th Doctor costume please see the breakdown here: http://dw-cosplay.livejournal.com/140134.html or check out http://fifthdoctorcostume.blogspot.com/ The Peter Davison Season 21 Sweater Run can be found here: http://honorarydoctor.livejournal.com/26856.html

Next episode I speak with Bryan Little and Mette Hedin about all of their fabulous Dr. Who Monster cosplay and more! 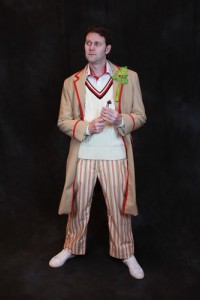 Kevin as the 5th Doctor (photo by Scott Sebring) 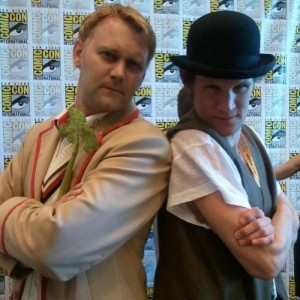 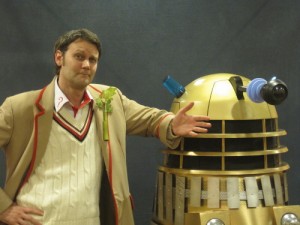 Not Impressed by the Daleks 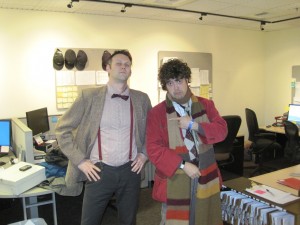 Costumed up about to go to Craig Ferguson 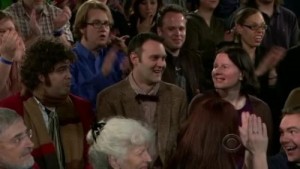 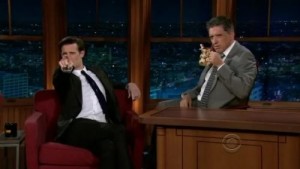 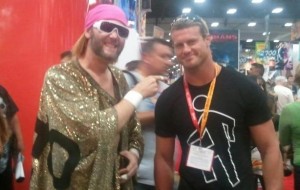 Kev as the Macho Man Savage 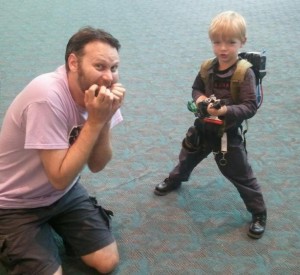 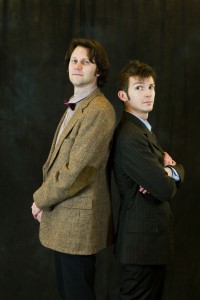 The Kevins as Eleven and Ten Photo by Scott Sebring 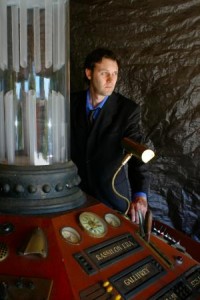 Kevin at the TARDIS Photo by Scott Sebring 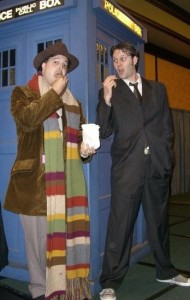 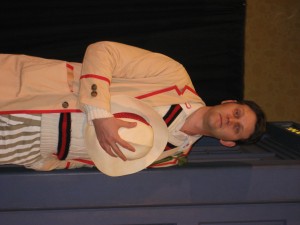 At Gally 2008 in the Early Five Costume 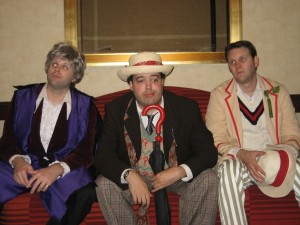 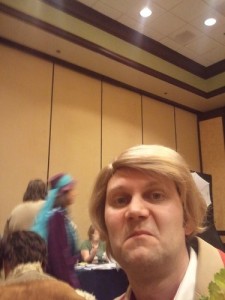 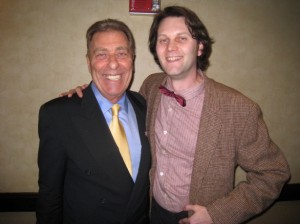 With John Levene Who called Kev a Gentleman 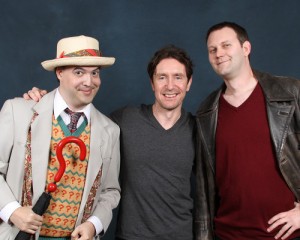 Kevin as Nine, Me as Seven with McGann