Scott Sebring and I discuss his journey into bat-mystery with his 1966 Batman Costume evolution, meeting Adam West, Bat Cowls, the power of Batman and Robin together and Convention/appearance stories! Check it out! Scott’s blog page can be found here: http://www.scottsebring.com/  The ’66 Batman forum can be found at http://66batman.com,  The all important Replica 1966 Batman Cowl and chest emblem that Scott currently wears are by Chuck and Lynne Williams at Williams Studio 2 (www.williamsstudio2.com)  and can be found at their Etsy store: https://www.etsy.com/shop/WilliamsStudio2. Custom Boots: www.duranshoesla.com, Custom Gloves: http://gaspargloves.com/ and (for those who like our very own podcast theme composed by Scott) his album Sink or Swim can be found here: http://www.amazon.com/Sink-Swim-Scott-Sebring/dp/B008GW4GKO 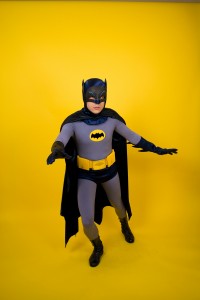 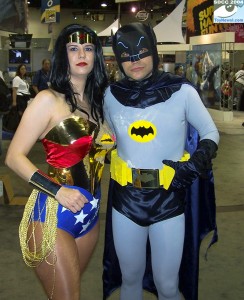 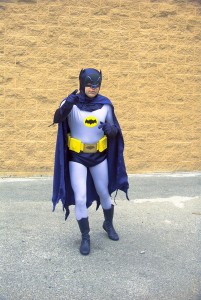 First time in the Bat Suit Batman and Robin in action Just a Couple of Bat-Fans An Early SDCC outing for Scott and Vickie Adam and Batman… together again With Yvonne Craig at an Auction Strolling the Streets of Gotham On the Steps of Gotham City Hall On Patrol in the Batmobile The Mood Portait- and a kickin’ Cowl! With Wally Wingert and the Bat-Gang Not a Moment to Lose!